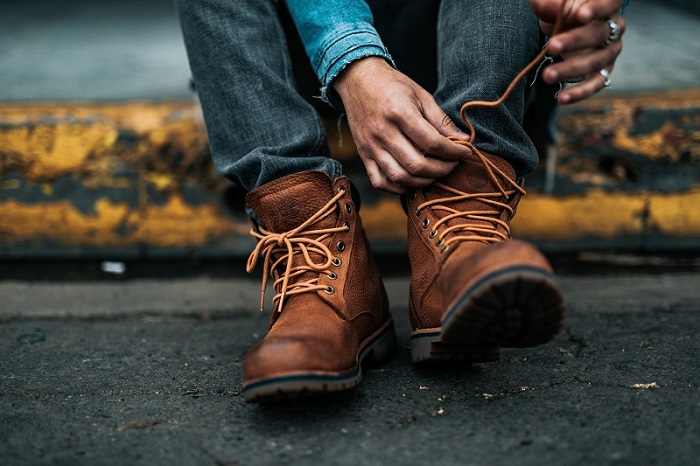 A guide to men’s shoes for the cold season

How are work boots different from army boots, what is a Chukka and what do bots actually look like? To understand the diversity of men’s shoes for the cold season and find out, which models should refill the shoe wardrobe.

The classics of men’s wardrobe from autumn to spring are high lace-up boots, which are called an army, military, military boots, ankle boots, and more. Initially, these shoes were indeed purely military, but back in the seventies they began to actively penetrate the masses through representatives of different subcultures, and now it is difficult to imagine a modern wardrobe without a pair of high-quality high leather boots with grooved soles.

In English, such shoes are called snow boots, that is, “snow boots”, and in Russian, there is the word “bots” for its designation: these are boots with a rubberized lower part (earlier it was replaced by galoshes, which were worn directly over the shoes to protect against slush ). As a rule, fur high-heel boots are perfectly insulated from the inside, they have a high bootleg, and such a pair is best suited for extreme cold weather.

Brogues are both low and high lace-up shoes with curly perforations along the edges of the upper parts. Low brogues can be worn with a moderately formal suit during the warmer months, and the high version replaces them in the cold season.

Cossacks, they are also cowboyed boots, are a characteristic type of boots that came to us from American riders. Distinctive features – a tapering toe and a heel that slopes forward (this is better held in stirrups). Often the Cossacks are decorated with embroidery and appliqués or sewn from exotic leather.

Everybody’s favorite sneakers can also be adapted for the cold season – special winter models are available from all leading sports brands. Winter sneakers should have a waterproof upper made of leather or technological fabric and a layer of insulation underneath, as well as a reliable protector so as not to slip on ice and snow.

Moon rovers are shoes with a high soft quilted boot that may look funny, but in the ranking of the warmest winter couples, they will confidently compete for first place. These boots, which resemble a part of an astronaut’s spacesuit, have a flat sole, a toe (most often rubberized) protected from moisture and dirt, and lacing that allows you to adjust the bootleg in width.

Work boots are similar to army boots – they are also high and lace-up, but they are distinguished by the outer seam of the top, which wraps around the toe, like in moccasins. They can also have softer and flatter soles, and the upper itself is sewn, as a rule, from dense and rough leather.

Boots – shoes with a high bootleg (up to the middle of the calf or higher) and without lacing: either the bootleg is wide enough by itself, or a zipper is sewn into it. The original function of the high bootleg is to protect the feet from moisture and dirt, which was especially important for hunters and riders, but now it is more a matter of style, but it also has enough practicality: winter boots can have insulation made of wool or fur.

Over the past months, we have repeatedly praised trekking boots as the best option for the winter, and for good reason: these shoes, which came into everyday wardrobe from hiking equipment, have the convenience of sports equipment, and can look different. Distinctive features of trekking boots are reinforced lacing, thick anatomically shaped sole, technological upper and soft edging around the ankle.

A distinctive feature of Chelsea is the elastic part of the boot, which allows you to do without lacing. The rest of the details of such a shoe model are variable: Chelsea can be stricter or rougher, on a flat sole, on a heel, or on a tractor sole with a powerful grooved tread. It is the latter that is especially good for bad weather, and this season they also correspond to the main trends in men’s fashion.

Chukka boots in their structure are close to deserters – suede boots with low, 2-3 eyelets, lacing. But still, deserts are more suitable for warm times, and the Chukkas worn by British soldiers during World War II are more dense and suitable for different weather conditions.

Initially, high fur boots are fur boots common among the peoples of the Far North. They were sewn from a variety of furs, often with a pile outward to protect not only the foot but also the ankles and leg to the knee from hypothermia. In modern realities, the closest footwear to high boots can be considered ugg boots – sheepskin boots, soft and warm. You are unlikely to need real high fur boots if you do not live close to the Arctic Circle, but their lightweight version will help you survive the cold with comfort.