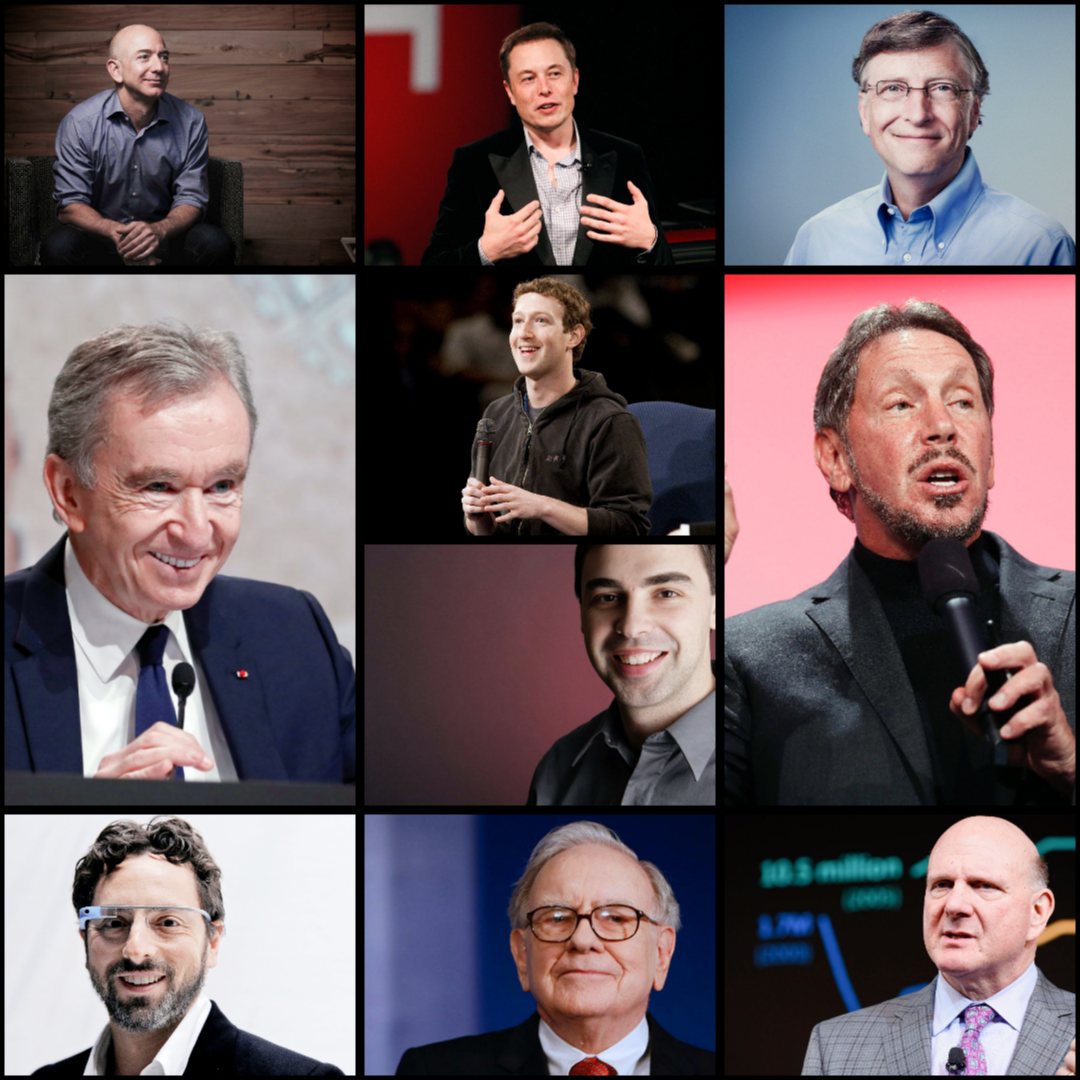 Elon Musk the co-founder of the largest Electric vehicles manufacturing Company and founder of the world’s best rocket manufacturing company SpaceX. He is the richest man on the earth right now. His net worth recently crossed $185bn. The major credit goes to the companies SpaceX and Tesla. His wealth is increased more than $150 bn in only the last 1 year and still Increasing. Tesla makes electric vehicles and the company SpaceX produces rockets. both companies are making records day by day and Recently the Tesla Become the best Automaker with a market capitalization of $342 billion.

Jeff Bezos is the CEO and the Founder of the Amazon. He is at the first position in the Top 10 richest people in the world in 2021. The net worth of Amazon is $192.3 Billion and he is the second richest person on this earth today. He founded Amazon on 5 July 1994. The current value of the Amazon stock is about $3277.71. The interesting fact about Amazon is Bezos started the company by selling books and now Amazon sells almost everything.

Bill gates are the other richest person in this world and his net worth is $133 billion according to the January 2021 records. He completed his education at the world-famous Harvard University. He is co-founder of the world-famous company Microsoft. In his starting career, he worked as a Computer programmer for a company and the journey of hard work made him a billionaire. He is such a big inspiration for today’s youngsters.

Bernard Arnault is one of the most loved millionaires of the 21st Century and his net worth is more than $155 billion according to January’s records. He is a French Businessman and chief executive and chairman of LVMH Moët Hennessy Louis Vuitton. It is one of the world’s Largest companies of luxury goods and items.

Mark Zuckerberg is the youngest man billionaire in the world. He is the CEO and co-founder of Facebook. He made his way into Forbes numerous times. According to the last records his net worth is about $100 billion. not only this but he is also the co-CEO of the Chan Zuckerberg Initiative. Ma

Warren Buffett is the biggest shark in the investment ocean at the same time he is the most famous person in the world for his investing Strategies. Buffett is chairman of Berkshire Hathaway. He is the major shareholder of the bigger companies like coca-cola Inc Southwest, United, Delta, and American Airlines. Warren Buffet’s net worth is more than 85 million according to the January 2021 records.

Larry Page is a Computer scientist and a very successful businessman. apart from this is also a successful Entrepreneur. He is one of the co-founders of Google. His Net worth is $83.6 Billion. He stepped into his position of CEO in 2019.

Larry Ellison is the Chairman and Founder of the Oracle Systems Corporation. He is one of the top 10 richest people in 2021. Currently serve the company as Chairman and Chief technology officer. His Net Worth is $79.7 Billion according to January records.

We all know that Steve Steve served as CEO of Microsoft from 2000 to 2014. He is one of the Top 10 richest people in the world in 2021. He is a huge fan of Basketball. he bought the Los Angeles Clippers Basketball team for an Amount of $2Billion. His Net worth is $71.5 Billion according to the January records of Forbes.

Sergey Brin is a computer scientist who created Google with his partner Larry Page and His Net worth is $75 Billion. according to the January records.

From All these Points it is Clear that Millionaires Don’t spend money on waste things, they invest the money in the right direction. Also, they are don’t compete to hold their positions. They live for their dreams and the results of the dreams make them Rich. So we Must Focus On Our Goals.

You Can Go through this link https://www.digestitinformation.com/for more interesting and knowledgeable Blogs.

Keep in touch at https://m.facebook.com/digestitinformation